(CGOL) Just weeks after the premiere of “The Two Popes” on Netflix, a new take on the idea of dueling pontiffs is about to have its day.

John Malkovich lifts a baby during the filming of “The New Pope,” the sequel of Paolo Sorrentino’s “The Young Pope”, in Rome, Italy, on March 28, 2019. (Credit: Andrew Medichini/AP.)

And while Anthony McCarten’s screenplay for the “The Two Popes” needed to be taken with about a pound of salt – it was an imagined conversation between two real people – Paolo Sorrentino’s “The New Pope” is probably meant to be taken with something a bit stronger.

While “The Two Popes” seemed to have a political agenda pitting a forward-looking and liberal Francis against a reactionary Benedict XVI who can’t bring the Church into modernity, “The Young Pope” seemed more interested in visuals than agendas, and although Sorrentino was willing to ignore the usual tropes of these films, and present Pius XIII as an ultra-conservative mystic, it seemed this was more for the cause of contrarianism than an act of sympathy for the Church’s traditionalist wing.

One internet reviewer called “The New Pope” a show that was “beautifully bonkers,” and Sorrentino is a director who will choose absurd fun with visuals over tackling the real-life Church conundrums that fill the headlines.

“Of course, with Paolo, most things are revealed when you see what the camera does. His way of putting people in a geography – in a room or outdoors, at a time of day – pretty much tells you what to do. The rituals, the secrets, the symbolism of the church: That’s a very hard kind of nut to crack with words,” Malkovich explained to The Independent.

But still, it’s surprising to see a papal topic be the subject of two major productions in such a short period of time. Probably the last such papal glut was when “The Agony and the Ecstasy” and “The Shoes of the Fisherman” appeared in the mid-1960s, and they were separated by three years.

Of course, much like “The Two Popes”, “The Agony and the Ecstasy” is an imagined relationship between historic personages, in the case of the 1965 film, Pope Julius II and Michelangelo; “The Shoes of the Fisherman” – like “The Young Pope” and “The New Pope” – is about a fictional pontiff, Pope Kiril (a pope from behind the Iron Curtain, who sold the papal tiara and dedicated the Church’s wealth to the poor was unbelievable stuff in 1968.)

One could also point out that the two 1960s’ films came out in the wake of Vatican II, when the secular world was talking about the Catholic Church and wondering what the future would hold for the ancient institution.

Although it might be unfair to compare the Francis pontificate to being as epochal a change in the Church as Vatican II – although such statements have been made by both his supporters and detractors – it is not unfair to say his pontificate has excited the kind of people who make movies and TV shows. Add to that the added twist of having a living predecessor housed in the Vatican Gardens, and it’s no surprise the pope’s “hot” right now, and not just because of Law’s skimpy swimsuit.

Malkovich noted to The Independent that the fact “there are actually two living popes” is a “pretty unique thing happening in a religion with a billion-plus adherents.”

In his interview, the actor also said the interest in the topic is high because the Church “satisfies a longing that I think naturally exists in people.”

“How do we live? Why are we here? Was I even here? We kind of forget to ask those questions. That’s what I think the church is for. You know, I’m an atheist but I get the point,” Malkovich said, adding that the Church “just fits into all those S’s: Symbolism, spirituality, sacredness, secrets.”

Even though he acknowledged the world is “wildly more secular” than it was 20 years ago, let long 50 or 100 years ago, Malkovich said the present moment is “a time when people maybe are searching for something, some spiritual element, to their existence.”

It remains to be seen if “The New Pope” will help people tap into that spiritual element, but it is good that Hollywood is noticing it is there. 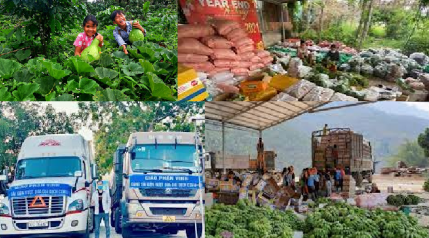